Hammond's studies and determination to inform the general public despite societal norms and corporate giants led to policy changes, advertising restrictions, and most importantly saved the lives of future generations. 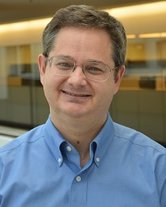 Eric J. Jacobs, PhD
1.  What do you attribute the rise of cigarettes across America from 1930-1960 to, and how did they affect American culture?
"Cigarette smoking, rare in the early years of the 20th century, became common in the United States as a result of the invention of fast efficient machines for manufacturing cigarettes, aggressive marketing by the tobacco industry, and the fact that manufactured cigarettes provide a quick intense nicotine hit and thus are highly addictive.  Similarly, lung cancer was rare in the early 20th century, but rates skyrocketed throughout most of the 20th century."
2. How has the research conducted by Dr. Hammond shape the way studies are done today?
"Dr. Hammond’s greatest legacy was setting up two very large American Cancer Society studies in the 1950s, the Hammond-Horn Study, and Cancer Prevention Study I (CPS-I).  These two studies were among the very first to establish that cigarette smoking causes death from diseases including lung cancer and heart disease.  The story of Dr. Hammond’s most important research began in 1946 when he assumed leadership of the American Cancer Society’s new intramural research program.  Dr. Hammond, a smoker himself, was no doubt aware of the striking increase in the rate of lung cancer deaths in the U.S., but appears to have been somewhat skeptical of speculation that it might be due to cigarettes.  In 1952, epidemiologists at the Society led by Dr. Hammond and his statistician colleague Dr. Horn, launched the Hammond-Horn Study, a large, long-term follow-up study designed to examine the possible link between cigarette smoking and death rates from cancer and other diseases. For that study, 22,000 American Cancer Society volunteers recruited a cohort of 188,000 men who filled out questionnaires on their smoking habits, and were followed for mortality through 1955.  In addition to linking smoking to lung cancer and heart disease, the Hammond-Horn study also demonstrated the American Cancer Society’s ability to mobilize volunteers to conduct very large studies requiring follow-up of hundreds of thousands of Americans.  In 1959, the Cancer Prevention Study I (CPS-I) cohort was established, including nearly 1 million men and women recruited by American Cancer Society volunteers."
3. How would you define Dr. Hammond's legacy?
​"While Dr. Hammond retired from the American Cancer Society in 1977, the example of the Hammond-Horn and CPS-I studies later led to the establishment of Cancer Prevention Study II, which included over a million people enrolled in 1982, and has resulted in new scientific knowledge about the health effects not only of tobacco, but of a broad range of other factors, including diet, obesity, and air pollution.  The latest American Cancer Society study, Cancer Prevention Study 3 (CPS-3) begun in 2006, continues the work begun by Dr. Hammond, discovering new information about the causes of cancer so that lives can be saved."

"One of the measures of the value of a publication to the scientific community is how often it is cited as a reference in other scientific articles. An article describing the 100 most cited papers in JAMA during the period 1955 to 1983 showed that five papers authored, or co-authored by E. Cuyler Hammond were included on the list." -Lawrence Garfinkel, MA (American Cancer Society)

Advertisement Restrictions and Decline of Cigarettes